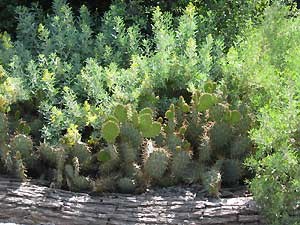 In California, there are over 5,000 native plant species, more than in the central and northeastern US and Canada combined. More than 1500 of these plant species are endemic to (found only in) California, and most of these endemic species are found in Southern California. Southern California is one of the 25 global biodiversity “hotspots.” Hotspots are where the largest number of different species can be found, especially those species found nowhere else. More than 60 percent of the Earth’s total species live in hotspots, which cover only 1.44 percent of its surface. Orange County is “a hotspot within a hotspot”, with more native plant species per square mile than Yosemite National Park. Orange County has 806 species of native vascular plants. As the human population grows, many of Orange County’s open spaces are vanishing, and with it the native plants. By growing native plants in our gardens, we are restoring some of the natural biodiversity of our area. Many species are dependent on the habitat provided by native vegetation and taken in aggregate, home plantings can enhance the wildlife populations of an area.

Reduce the use of water

Native plants are adapted to the unique climatic conditions of their growing area and once established they require little or no supplemental irrigation. When we grow plants found in our resident plant community, we use far less water than traditional garden landscapes. Using drought tolerant natives in our California gardens conserves a scarce natural resource and saves money on water costs. 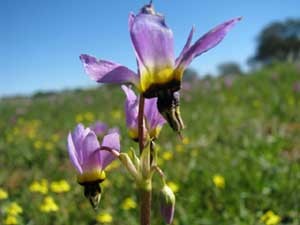 Reduce the use of pesticides

Many native plants are not severely effected by insect pests and diseases that afflict traditional ornamentals. Often, natives have adapted defense mechanisms to pests common in their habitats or have a high tolerance for pest damage. Eliminating pesticide use in the garden promotes biodiversity, reduces our exposure to toxic substances and saves money.

Spend more time enjoying your garden and less time maintaining it. Natives require less work at garden chores such as mowing, pruning, fertilizing and dividing. California native plants are adapted to a wide variety of growing conditions and fine native plant choices exist for virtually any garden environment. The biodiversity promoted by a native plant garden will reward the owner with satisfying experiences of discovery and observation, not only of the plants themselves, but a host of other species… birds, insects, mammals, etc. A good native plant garden complements the indigenous habitat and by growing plants found in our resident plant community, we bring in all sorts of nearby creatures dependent on that habitat. In a small but significant way, we as native plant gardeners begin to help secure a connection with the natural world that is infinitely more satisfying than mowing the lawn.