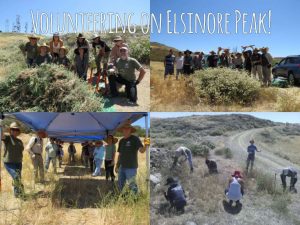 According to the latest news from the National Weather Service’s Climate Prediction Center, California’s drought is not likely to ease any time soon.

“La Niña is favored to develop during the Northern Hemisphere summer 2016, with about a 75% chance of La Nina during the fall and winter 2016-17”.

La Niña and El Niño are recurring and fluctuating weather patterns in the tropical region of the Pacific Ocean. These warming phases (El Niño) and cooling phases (La Niña) have an enormous impact on weather systems that make landfall. El Niño’s warming effects has not lasted as long as it used to in years past. As a result, cooling of ocean surface temperature exacerbates the draught problem worldwide.

This news comes at a time when California residents are living through their fifth year of consistent drought conditions. On January 17, 2014 Governor Brown proclaimed a state of emergency due to persistent and prolonged drought conditions.

California residents know firsthand the effects dramatic climate change can have on the local flora and fauna, including the increased risks of wildfires. The devastating effects of wildfires are exacerbated by invasive plant species such as Yellow Star Thistle (Centaurea solstitialis), which rapidly colonize and replace native plant life after a fire or other disturbance. A Yellow Star Thistle infestation decimates biodiversity; it quickly colonizes and forms dense patches which out-compete surrounding plants for water and space. Native plants are starved and die, only to be replaced by more Yellow Starthistle.

With wildfire season on the way, it is important to ensure any and all burn sites are closely monitored for infestation. The soil conditions after a fire are the perfect environment for Yellow Star Thistle to take hold and replace all the native plant life. When invasive plant species take hold, they create a plant monoculture which drive out all native plants. This also drives out the animal life dependent on this vegetation for survival.

As the first week of June comes to an end, Back to Natives Restoration is hard at work fighting against this noxious weed. Back to Natives will be hosting events at Elsinore Peak in the Cleveland National Forrest giving the public hands-on experience in dealing with Yellow Starthistle infestations.

In 2015, 29 Back to Natives volunteers logged 353 hours on Elisnore Peak removing the infestation from the area completely before going to seed. Yellow Star Thistle seeds remain viable in the soil for years after removal creating a need for constant maintenance. Back to Natives Executive Director Reginald Durant makes it clear what his organization’s mission is.

“We want to save the Earth. We do it by restoring habitat.”

For more information about this program and other events aimed at native ecological restoration, please visit backtonatives.org/volunteers.html