At Back to Natives Restoration we use only locally native species with no hybrids or cultivars in the mix.  Cultivars and hybrids are two of the leading causes of species loss, right alongside habitat destruction and exotic species. California is one of 35 biodiversity hotspots, we are home to over 5,000 native species (and subspecies and varieties) within the California Floristic Province, with more than 2120 endemic to this floristic province. Most of these species are very much localized in the various parts of California, and taking those localized species to other parts of California is the same as taking other exotic species to those parts.

Hybridization with closely related nonnatives means the loss of the local species, not the spread of biodiversity as so many believe. This is not taking a “purist” point of view,  this is being a scientist that performs habitat restoration. Being scientists means that we must acknowledge that the spread of exotics means heavy competition with local natives. Being scientists means that we must  realize that pop tarts are a poor substitute, nutritionally, for breakfast food, just as nonnatives are poor substitutes for locally native species for our locally native animals.

If butterflies will NOT use hybrid Ceanothus, what else will not use them? And then, what about the animals that feed on the arthropod that are now absent because of the incredible numbers of commercially created hybrid Ceanothus?

This is where science comes into play, not purism. The ripples that commercially created hybrids, as in hybrid species that would not naturally ever come into contact with each other in the wild (because naturally occurring hybrids are cool, but just as volatile, and the next step in speciation), are untold but far spreading. They can cause numerous cascade failures in an already unstable eco system that is the California Floristic Province.  There is no room for compromise on what is native to a region, area, county, etc. We must be true, scientifically speaking, to the species historically found here, or risk losing all. 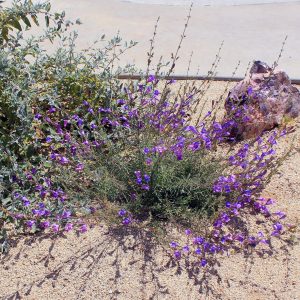 Friends and Community members, please hear me when I ask you to please NOT purchase any “named’ plants. Quotes around their names indicate that they were named by their creators in the nursery or horticultural center. These are NOT California Natives. They are NOT native anywhere as they were created in a commercial nursery or propagation program usually crossing two or more species that would NEVER have come in contact with each other in the wild. Margarita BOP Penstemon is NOT native to California. It is biological pollution and doesn’t even perform as it is supposed. Just use the real species, if it is native to where you are, namely Penstemon heterophyllus, Foothill Penstemon (which by the way is special enough as it is ENDEMIC to California!). 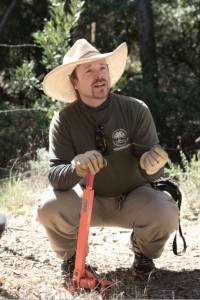 These endemic species, as mentioned above, are highly localized within our California Floristic Province. If you move them around to areas they were never found naturally, you risk causing the loss of another locally endemic species that is closely related to the endemic you moved. Hybridization is one of the main stressors causing loss of species, aka extinction. For instance, Laguna Beach Dudleya, Dudleya stolonifera, is found on only two boulders in the entire world, both in Laguna Beach. But all 38 species of Dudleya (all endemic to the California Floristic Province by the way) will hybridize readily, causing the loss of numerous locally specialized and endemic species and sub-species.

So no. We at Back to Natives Restoration are not being purists, we are being Scientists. I welcome your questions! Please send them to me via email and I may include my answer in this blog post for others to see.